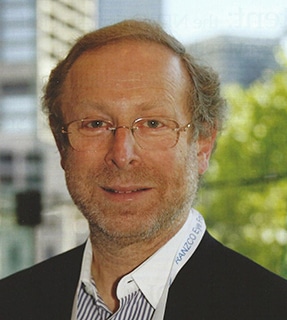 Dr. Henry R. (Harry) Lew is a retired Ophthalmic surgeon with more than 40 years’ experience. He was trained at the Royal Victorian Eye & Ear Hospital (1975-1977), where Professor Gerard Crock was his principal mentor; was Senior Registrar in Ophthalmology at Leeds General Infirmary UK (1978-1979) where he did Retinal and Paediatric Fellowships; took over from Professor Crock as Visiting Senior Surgeon, Repatriation General Hospital (or Veterans’ Hospital), Heidelberg (late 1979-2007), and was also a Visiting Surgeon at the Royal Victorian Eye and Ear Hospital (1980-1984).

The Repatriation Hospital offered Dr. Lew a unique experience at that time because all veterans had to go there for free treatment, which made the hospital the second largest and perhaps the last bastion in Melbourne for the highly skilled, comprehensive general ophthalmologist. Specialist hospitals at that time were already encouraging super-specialisation within the profession. Whilst at the Repat., Dr. Lew performed his own cataract, glaucoma, corneal, vitreo-retinal and oculoplastic and lacrimal surgery to a highly innovative standard. However his disadvantage was that colleagues at specialist hospitals never took Repat. doctors seriously.

Dr. Lew was one of the first surgeons in Melbourne to implant posterior chamber intraocular lenses, modifying the Crock vitrectomy machine into an infusion/aspiration cataract machine, which made the necessary eventual transition to phacoemulsification surgery nearly a decade later effortless.

Dr. Lew was also the first person in Victoria to do manual small incision cataract surgery circa 1989, advocating for its use in third world surgery. The Hollows Foundation, as a curiosity, was not interested in it at that time, but now it has become the most widely performed procedure in the third world.

Dr. Lew presented the first and nowadays probably still the last case of an ocular tumour cured by immunotherapy in Australia, at the RANZCO Annual General Conference of 1984. This case was published in the Australian and New Zealand Journal of Ophthalmology in 1985, together with two other interesting oculoplastic procedures, the second of which was presented anew at the Oxford Congress in 2016, by Dr. Naresh Joshi, one of the United Kingdom’s best known oculoplastic surgeons, who described it as a ‘well-kept secret’.

But it is in the area of the management of glaucoma, where Dr. Lew feels he has made his greatest contributions.

His drainage procedure of a combined trabeculectomy/cyclodialysis, which utilised the suprachoroidal space, yielded excellent results, but he found it hard to convince local colleagues to do it. There is more interest now, he believes, because Xalatan, the greatest pressure lowering drug ever on its introduction circa 1995, utilises the suprachoroidal space, and Minimally Invasive Glaucoma Surgery, or MIGS, the current craze in glaucoma surgery, lowers pressure best, when the stent is placed into the suprachoroidal space. Dr. Lew’s procedure was finally written up in the Journal of Glaucoma in January 2015 with an up to 25 year follow up; in the European Ophthalmology Times in May 2015; and was interestingly listed by the internet site MD Linx Ophthalmology as the first mentioned of twenty chosen best papers from 64 ophthalmic journals worldwide for January 2015. Prior to its acceptance by the Journal of Glaucoma the editorial staff expressed concerns that the results were too good and that Dr. Lew hadn’t explained when he did this procedure and when he did what everybody else does. He had to explain that he started doing this procedure under fascinating circumstances in 1979, with the following modifications – Healon retained in the anterior chamber of the eye after circa 1985 – 5FU after 1989 – and two continuous conjunctival sutures rather than one from 1992 onwards; that he never did anything else; and furthermore he was required to supply additional extremely detailed statistics, in order to get the paper finally accepted.

Dr. Lew was also an advocate for laser iridotomy in the lateral and inferior quadrants of the iris, where the iris is thinnest with most crypts, hence requiring least laser energy, from circa 1987 onwards, but there were no takers until the rest of the world finally came aboard circa 2011. The argument till then was that this iridotomy placement would cause more double vision from an exposed second pupil. This is actually incorrect; recent studies have proved that it actually causes much less diplopia because light which would normally do that is cut off by the nose and brow.

Dr Lew regards his greatest surgical achievement to be that of a fascinating juvenile uveitic glaucoma case where unique surgery produced an amazing result for a young woman being operated on each eye for the third time. This was a Scheie’s procedure with Healon retained and augmented with 5FU, which Dr. Lew believes no-one else in the world has ever had, and which has currently controlled the patient’s pressure off drops for more than 20 years, after having had two previous procedures, which still required continuous, multiple eye drops treatment during the 15 years prior to that. This case report has recently been published in e-form by ‘International Ophthalmology – The International Journal of Clinical Ophthalmology and Visual Sciences’ and will also appear in print hard copy shortly. It had previously been presented in recent years at the 2013 ‘ANZGIG’ and ‘Victorian Alumni’ ophthalmic meetings. Dr Lew wonders whether such corneal sparing surgery may one day become an alternative to last resort tube surgery.

Dr. Lew presented a paper at ANZGIG, circa 1998-9, describing recovery of a patient’s visual field following profound pressure lowering surgery by combined trabeculectomy/cyclodialysis only to be ridiculed for not having serviced his field machine often enough; but presented it again in Istanbul in 2001 to a much better reception, when a South American professor of glaucoma defended him against the many sceptics. This type of recovery is now the basis behind much of the cutting edge research that Professor Jonathan Crowston conducted at the Centre for Eye Research Australia (CERA) from 2009-2018.

1 Henry R Lew: ‘You too can measure visual acuity’ – An introduction to refraction and clinical optics – Australian Family Physician, Vol. 12, No. 3. March 1983.

Three interesting cases in which unconventional treatment has been very successful are presented. The first was a fibrous histiocytoma of the conjunctiva which recurred twice after apparently complete surgical excision, but which responded to immunotherapy using dinitrochlorobenzene. The second was a squamous cell carcinoma of the lower eyelid treated by total surgical excision of the lid; the wound was allowed to heal by granulation with an excellent cosmetic result. The third was a squamous cell carcinoma of the limbus treated by lamellar excision with the Crock Contact-lens Corneal Cutter; the wound was allowed to granulate, and in so doing, caused negligible astigmatism. The first patient survived ten years with no recurrence finally succumbing to a cardiovascular event; the second patient survived 30 years with no recurrence and the third patient has survived even longer with no recurrence.

3 Henry R. Lew: ‘Movie on Combined Trabeculectomy/Cyclodialysis’ – 18 minutes – Department of Surgery, University of Melbourne, 1990. This was shown at a Queensland Branch Scientific Meeting circa 1990-91.

Purpose: To show that profound pressure lowering glaucoma surgery may be associated with an improvement of visual field.
Methods: Eight visual fields are presented. These cover a six year period from September 1990 to December 1996. They are free of the effects of poor patient reliability, media opacity and pupil miosis. Two are pre-operative and six are post-operative. The first four are Central 24-2 Full Threshold and the next four Fastpac. The fields are analysed as two series of four. The last field in the first series is compared to the first field in the second series, which enables some extrapolation in viewing the eight fields as a whole.

Results: The fields show considerable improvement throughout the first series, which satisfy all necessary statistical criteria. The second series provides confirmation that gains made in the first series were sustained.
Conclusions: There are some patients in whom glaucomatous visual field loss can be reversed with profound pressure lowering surgery. Perhaps such surgery should be first line treatment in patients with visual field defects.

10 Henry R Lew: ‘Movie on Manual Small Incision Cataract Surgery for an extremely hard nucleus’ – 8 minutes – Presented RANZCO Victorian Branch Scientific Meeting 2015. This procedure was performed and filmed during the 1990s at which time the Ozil had not been perfected and the lens nucleus in question was deemed too hard for the then currently available phacoemulsification machines.

13 Nathan M Kerr, Henry R Lew & Simon E Skalicky: ‘Selective Laser Trabeculoplasty Reduces Intraocular Pressure Peak in Response to the Water Drinking Test – Journal of Glaucoma – September 2016. This paper had its origins in a Surgical Audit Dr Lew performed in 2010 as part of his Continuing Professional Development requirements. It was also presented at the RANZCO Annual Conference, Wellington 2015, where it was one of six papers chosen to compete for the Crock-Parr Prize.

The aim of this highly original single author presentation is to revolutionise the manner in which all audience members, (eye professionals included), think about and perceive their own vision. This aim will be illuminated by introducing numerous illustrative examples, which clearly identify and demonstrate how an understanding of the neurophysiological engineering of human vision can be applied to the examination of paintings; and how in so doing , these principles can aid in the identification of “sleepers”, which are “unrecognised paintings by significant artists”, which have escaped the supposedly attentive eyes of renowned, professional experts such as art academics, art dealers and auction house specialists.

A similar half hour presentation had been delivered earlier to the RANZCO Victorian Branch Scientific Meeting 2016.

16 Henry R Lew: The Suprachoroidal Space: ?Should it have a greater role to play in the surgical lowering of pressure in glaucoma, bearing in mind that Prostaglandins and CyPass which both use the suprachoroidal space lower pressure better than other drops or MIGS. ANZGS Annual Meeting 2018